Bengali Resistance in the East End 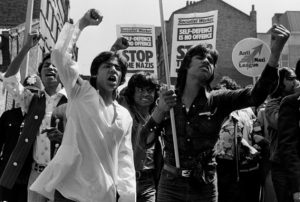 You are invited to a free event on Saturday 7 May, 11am-3pm at Tower Hamlets local history library and archive on the ground floor at 277 Bancroft Road, E1 4DQ exploring Bengali activism in the East End.

With the rise of the National Front in the 1970s, racial attacks on minority groups led to many serious injuries and deaths across the nation. People started to organise protests and marches nationally and locally. In 1978 after the tragic murder of Altab Ali, the Bengali community in Tower Hamlets organised the largest South Asian protest march from Brick Lane to Downing Street.
Come and explore how the Bengali community in Tower Hamlets resisted organised racism and violence.
Speakers on the day will include Ansar Ahmed Ullah (Swadhinata Trust) looking at the impact of 1971 Bangladesh Liberation war on the activism in 1978 Tower Hamlets.
MayDay Rooms will be exploring the Housing Struggle and Bengali squatters movement.
This will be followed by an inter-generational conversation between Shuva Motin (activist from 1978 working with Progressive Youth Organisation) and Julie Begum (Swadhinata Trust and activist) discussing female activism over the decades.
There will also be food prepared by Shuva Motin, along with teas and snack available for all!