Women’s groups and community organisations across the Borough will be celebrating with a wide range of events and activities following this year’s theme of ‘GENDER EQUALITY’. 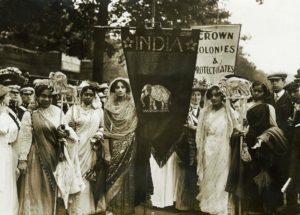 Although popular Suffragette legend might have you believe only white women were entrenched in the cause for women’s suffrage, there were a number of Indian Suffragettes and Suffragists who took part. This talk will shed some light on their contribution fighting for suffrage in the 1900s to 1910s.

Talk by Julie Begum, chair of the Swadhinata Trust, about Princess Sophia Duleep, daughter of the Maharaja of the Sikh Empire and goddaughter of Queen Victoria who helped lead marches and played up her perceived ‘exoticness’ in order to bring attention to the Suffrage Movement.