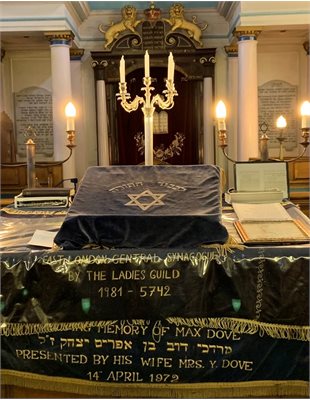 The Tower Hamlets Interfaith Forum will be offering their reflections on the theme Be The Light In the Darkness in an online version of the event which normally takes place at the East London Central Synagogue, a purpose built shul in Nelson Street, constructed in 1923.

As it is not possible to join together this year for our interfaith event, UK Jewish Film has produced a short film to commemorate the day. The film is an opportunity for personal reflection. The film will be screened on the London Borough of Tower Hamlets YouTube channel