PRESENTED BY THE SWADHINATA TRUST

On December 16th 1971 the nation of Bangladesh was born after a war of liberation from the rule of West Pakistan.

On this day we are pleased to launch the Swadhinata Trust archive of our oral history project, Bengali Music and Musicians in the UK, now available on the British Library Sound Archive website on this link cadensa.bl.uk. 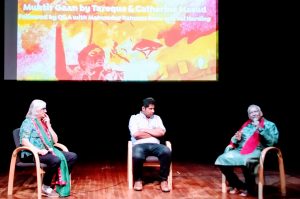 Moushumi Bhowmik, an Indian Bengali singer, writer and music archivist. She composed and sang the iconic ”Joshor Road’ for Tareque Masud’s documentary, ‘Muktir Kotha’, which has become an anthem of the 1971 Liberation War of Bangladesh. Her research and collection of field recordings from Bangladesh may be found in The Travelling Archive

Budhaditya Bhattacharyya, an Indian musician and music researcher based in London, UK. Trained in Hindustani classical music and modern Bengali songs currently under the tutelage of Pandit Ajoy Chakrabarty. As a DDS-funded doctoral researcher at Durham University, Budhaditya is working on musical histories of migration and citizenship between Bengal and Britain. 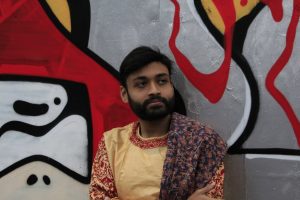 The Grand Union Orchestra, led by composer Tony Haynes, has an long history of collaboration with artists from Bangladesh. Tonight he and three members of GUO are joined by Yousuf Ali Khan on tabla and singer Lucy Rahman performing songs by Lucy’s father Sheikh Luthfur Rahman, celebrated singer/songwriter and activist in the cause of Independence. 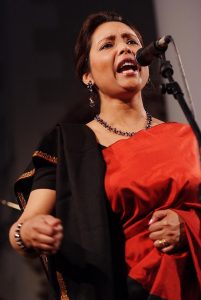 Concert held at the British Library Knowledge Centre on December 16th 2021 to celebrate the 50th anniversary of Bangladesh Victory Day and launch of the Bengali Music and Musicians in the UK Oral History Project.

Introduction to the Swadhinata Trust and history of December 16th 1971 given by Julie Begum.

Introduction to the Bengali Music and Musicians in the UK Project given by Val Harding.